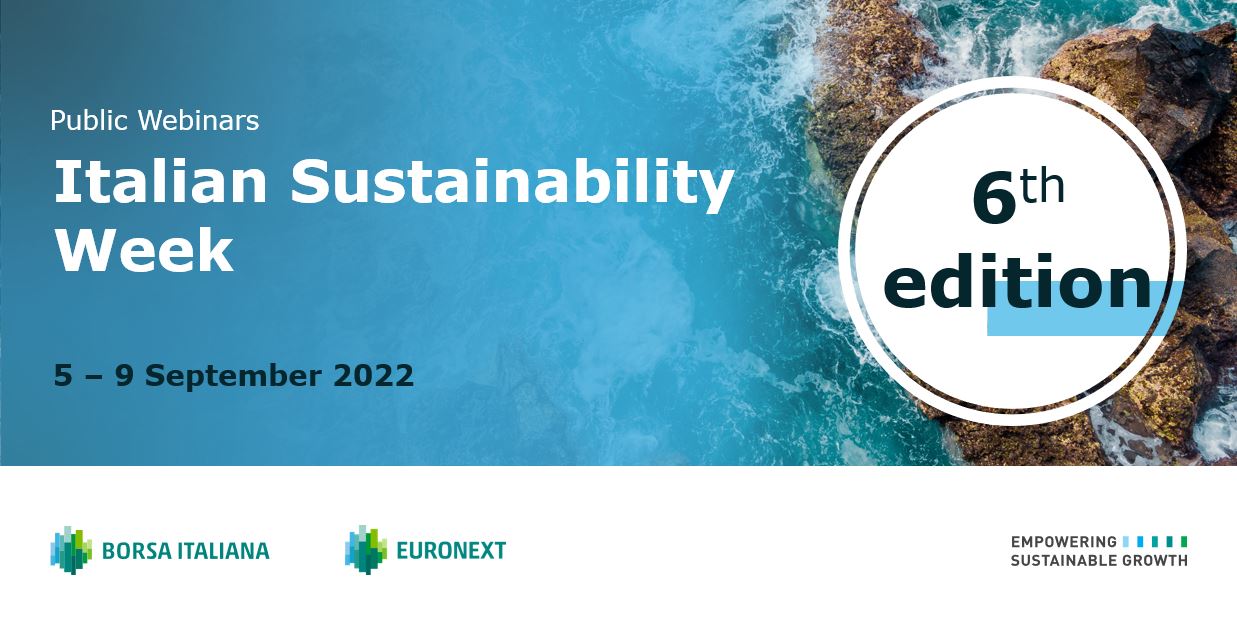 Epta is proud to be among the guests of the sixth edition of Italian Sustainability Week 2022.

An event organised by the Italian Stock Exchange, from 5 to 9 September, to create moments of education and debate between companies and investors, for sustainable growth under every aspect.

Sustainability and ecology are often spoken about, a close relationship which – with a play of words – we could define as “natural”.

And yet, since 1972, the United Nations Conference began to classify “a model of development able to satisfy the needs of the present without compromising the abilities of future generations” as sustainable.

In fact, the adjective has been used in a much wider context with respect to the current common use. On closer inspection, how is it possible to provide guarantees on tomorrow disregarding the economic-social sphere? It is not possible.

When a company is sustainable

In 1998, John Elkington committed himself to clarifying the meaning of the word “sustainability” precisely in relation to any type of company and organisation. Specifically, he refers to a company able to ensure optimal economic, environmental and social performances with a view to continuous improvement.

This definition implies two prerequisites: sustainability must be a measurable parameter, but, above all, it must be related to the time factor. Namely, it is not possible to give it a correct and relevant assessment without scrutinising those which are the long-term objectives of a business activity.

Innovation and sustainability with the ESG factors

The ESGs - factors which stand for Environmental, Social and Governance – respond precisely to this need in calculating the sustainability of an investment and, more in general, a business reality.

In addition to how you contribute to environmental challenges, it is crucial to manage people and the entire organisation.

In this perspective, on 5 September, Epta will participate in the Opening Webinar “Implementing NRRP & Green Deal: Achievements and Challenges for Public and Private Players”. The keynote speakers include Engineer Marco Nocivelli, who will also speak at the event and be testimonial of how Epta has been able to integrate the ESGs in its long-term strategic planning.

In detail, the CEO will explore how the Group has already achieved important results in all three fields of action. From the Environmental point of view, as Green Transition Enabler, these include:

As regards the Social aspect:

Last but of no less importance, Governance:

- Board of Directors, 44% of whom are women and by a majority of independent directors;

- drafting a Code of Ethics continuously udpated since 2008.

A picture which shows the commitment of the Group and opens many prospects for the future, where sustainability becomes synonymous with foresight.