A new green heart beats in Val Visdende thanks to Epta 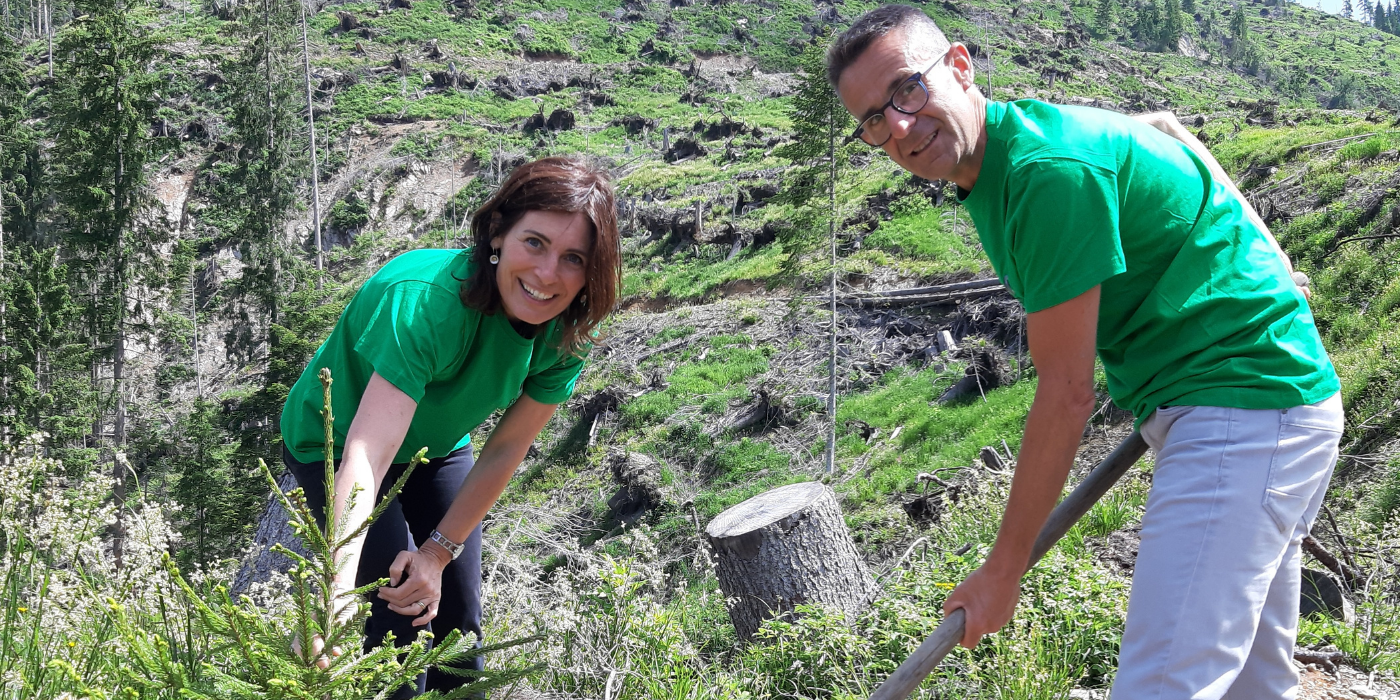 Thanks to the commitment of Epta Group, Val Visdende will return to its maximum splendour through a regional reforesting project, which envisages an investment of 100 thousand euro and is dedicated to one of the areas hardest hit by the Vaia storm in 2018. This initiative strengthens the close connection between Epta and the area, in the interest of protecting the environment and attention to community well-being.

Driven by the desire to take care of the social, economic and cultural fabric of the area, Epta promotes numerous programmes. For example, since 2018 Epta has collaborated with Treedom for the creation of a small business wood. A commitment which is renewed three years later with the plan illustrated during the presentation held in Belluno presided over by the regional councillor for the environment Gianpaolo Bottacin, with the participation of Mariarserena Nocivelli, member of the BoD of Epta, Alberto Grandini, Epta Sustainability Manager and Gianmaria Sommavilla, director of the Forest Organisational Unit. 18,000 trees will be made available by the Veneto region, which will be planted and cared for by local workers hired by the Consorzio delle Quattro Regole di San Pietro, owner of the area and represented by the President Orazio Cesco Cimavilla. Epta will inaugurate the works during the planting event, to bear symbolic witness to the desire of the company to protect and restore life to the valleys that have welcomed it.

“Sustainability and social responsibility are themes that have always been at the centre of Epta’s philosophy,” states Mariaserena Nocivelli. “For the reforestation of Val Visdende, we were driven by the moral imperative of helping an area which we live every day. We share the same principles of Consorzio delle Quattro Regole di San Pietro and the Institutions, namely environmental preservation, resilience, and attention to the family as a community. I am certain that this shared commitment will lead to the rebirth desired by all”.