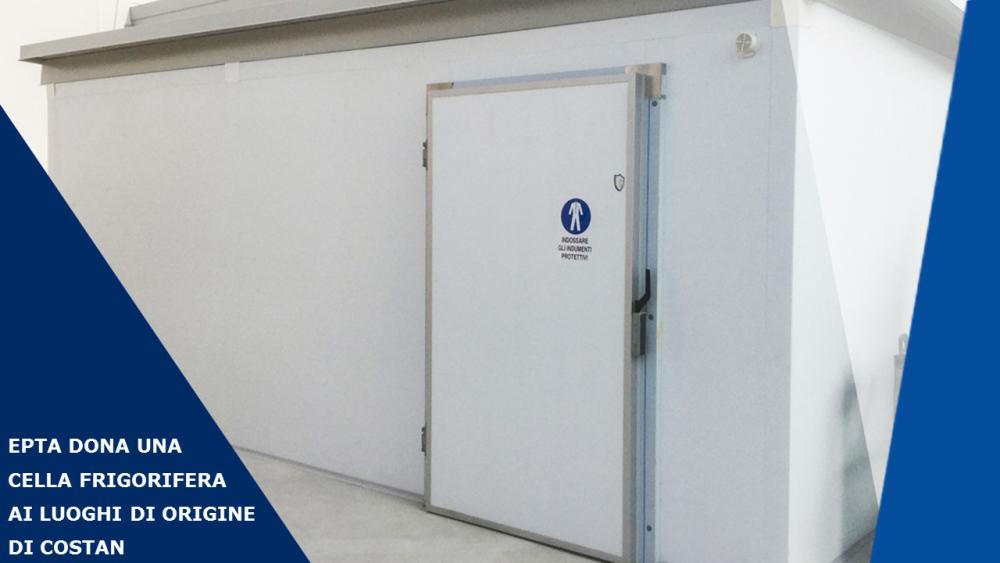 Some places leave an indelible mark on the personal growth and the path taken. Places made of things, people and experiences that have represented a starting point and made possible a journey towards the achievement of a bigger project.

There comes a time, in the continuity of history, where one feels the need to give back. Epta, always attentive to the enhancement of the territory, in order to reconfirm its recognition and closeness to the areas where it works and to the local community, has donated a cold room to Luigi Costan and to Costa San Nicolò Comelico. This small town is the birthplace of Mario and Alberto Costan, the two founders of the historic brand, currently the leading brand of the Epta Group.

Costan, the original nucleus of Epta, was founded in 1946 when the brothers Mario and Alberto Costan from Val Comelico set up the first artisan workshop in Turin to produce iceboxes and refrigerated cabinets. From the early years of the business, the two founders already knew how to seize the opportunities offered by the nascent Large-Scale Food Distribution sector, determining the success of the brand. The results were so positive that they needed to expand their production facility continuously, eventually transferring from Turin to Limana to an area of 23,000 m². Since then, the brand has continued to grow, becoming an international reference point in the commercial refrigeration sector.

The cold room, which will be used for the activity of tourist development, is a small tribute, but it represents a significant sign of the deep bond between the company, the Costan family and the Dolomites and a symbol of a part of the local history: so that it remains in the memory of the population and of future generations, who will have the important task of preserving and evolving the cultural heritage of the area.