FTE, a new approach to natural refrigeration: Multi-award winning internationally, it is part of the Life-C4R project 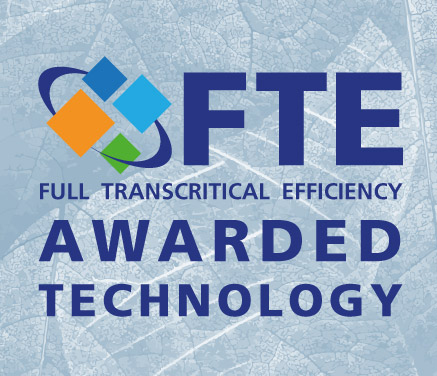 More than 250 installations around the world and numerous awards are confirmation of the reliability of FTE Full Transcritical Efficiency by Epta. The system has already received appreciation all over Europe, which can be seen through the candidacy for finalist of the German Innovation Award for the climate and the environment (IKU), the German Refrigeration Award 2018, which rewards the development of innovative and energy-efficient technologies, the Italian award Sustainable Development 2018, which celebrates success in the green economy, the Perifem Award 2018, organised by the French association of Retail technical producers and, finally, the RAC Cooling Award 2017 – Refrigeration Innovation of the Year, key English event for the HVAC&R sector.

FTE is an innovative technology and available on a large scale, the result of a new approach to natural refrigeration, which merges simplicity, reliability, functionality, energy saving and better performance, in any climate condition. Analysis of the results recorded in South America, Europe and Australia, is evidence of the excellence of the system and confirms a 10% energy saving (compared to a standard CO2 booster plant) and up to 20% lower installation and maintenance costs.

For the important and positive contribution it makes to lowering the greenhouse effect by reducing consumption and the exclusive use of CO2 as refrigerant, FTE has been identified as the key technology to protect the environment and the climate. It has been inserted into the prestigious project entitled Life-C4R – Carbon 4 Retail Refrigeration, co-financed by the European Union in line with grant agreement n° LIFE 17 CCM/IT/000120. It is a three-year initiative (2018-2021), launched to raise awareness in the scientific community, among component suppliers and all the players in the Retail world on the use of increasingly efficient solutions. A further objective is to show how it is possible to completely replace HCFC and HFC refrigerants with transcritical CO2, in a simple, efficient and reliable manner, anywhere in the world, thereby contributing to define the new standards and the technologies of the future for natural refrigeration.

The plan provides for three pilot projects in Italy, four replica prototypes in Spain and Romania installed with the Epta Iberia and DAAS partners, which will allow new data to be provided to confirm the thesis underlying Life-C4R.