Five years alongside the FAI, Epta continues its commitment to valorise Italy's heritage 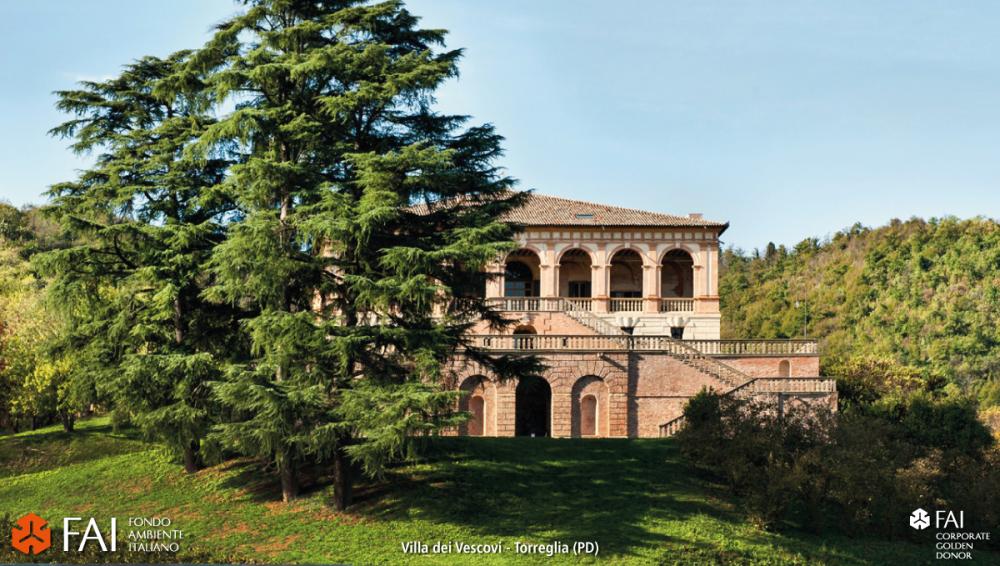 Epta renews its commitment to FAI – Italian Environment Fund, to confirm the Company’s attention to the territory, community and artistic and landscape heritage.

This project is deeply rooted in sharing the importance of making cultural assets accessible, to promote the knowledge of the “beautiful” and raise awareness at a collective level to the respect and enhancement of the environment. These principles are also dear to Luigi Nocivelli, who has been co-operating with FAI at length. The Group became Corporate Golden Donor of FAI in 2015 to pay tribute to its Founder. A solid collaboration that has evolved over the years and has seen the Company and the Nocivelli Family protagonists of interesting initiatives. Among these stand out the restoration of the facades of the Abbey of San Fruttuoso in the bay between Camogli and Portofino (in Northwest Italy) and adherence, recently re-confirmed, to the new plan to support and enhance Villa dei Vescovi, early 16th century palace nestled among the Euganean Hills, in Veneto (in Northeast Italy) where in recent years an antique ice-house was discovered and brought to light. This collaboration stems from the desire to strengthen the connection with the area where the Group is historically present with its production sites of Limana in the province of Belluno and Solesino in the province of Padua.

“For family-owned companies it is important to do business in the places where the entrepreneurial challenge arose and where the values that anchor them to the community are stronger. At a time like this, it is even more important to take action to contribute in a concrete way to the protection of the Italian heritage. Driven by my father’s example, we commit ourselves alongside FAI, as a company and as a family, to promote the Italian cultural heritage and pass it on to the future generations,” declares Marco Nocivelli, Chairman and CEO of the Epta Group.