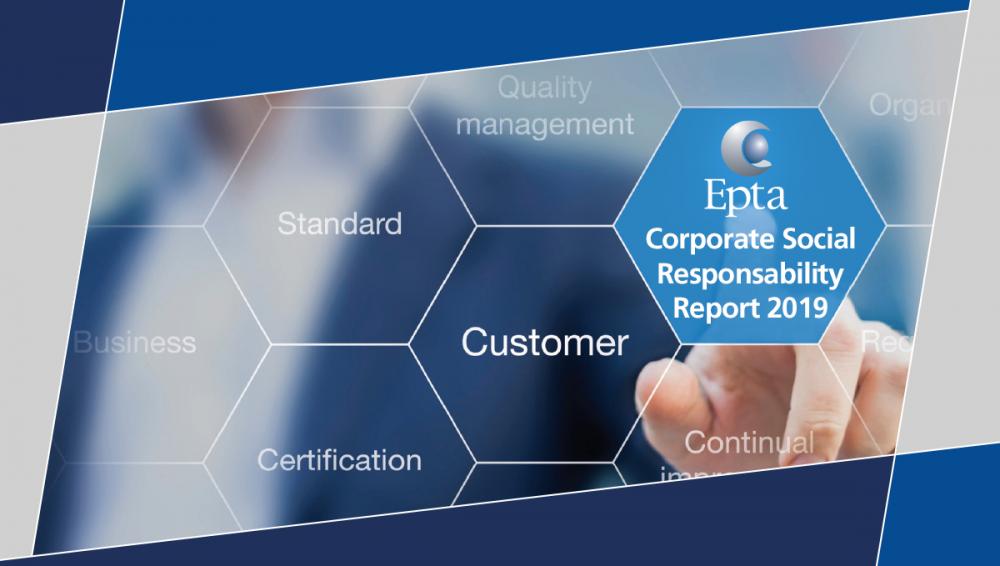 “For Epta, creating shared value is a daily commitment which is exhibited along the entire chain, with the ambitious goal of promoting the success of a circular economy” declares Marco Nocivelli, President and CEO of Gruppo Epta and continues, “We are proud to present our seventh Corporate Social Responsibility Report this year. It clearly illustrates the numerous initiatives and tangible activities undertaken by Epta in favour of a development which puts people, local communities and the environment first, allowing us to monitor the progress made and to have a benchmark of comparison with other realities.”

To ensure maximum transparency and objectivity, the Report has been validated by the Institute TÜV Austria Cert GmbH according to the GRI Core Option standards and, in line with the route undertaken in the previous edition, the KPI considered most important by external and internal stakeholders have been investigated. Furthermore, as a family-owned and operated company and not listed in the stock exchange, in this document Epta announced its voluntary adherence to the self-regulation code defined by the Bocconi University and AIDAF (Italian Family Business Association), to ensure best governance within the Group.

Tangible evidence of Epta’s interest in pursuing sustainable corporate development is Life C4R – Carbon for Retail Refrigeration – promoted by the Group and co-financed by the European Union under grant agreement n° LIFE 17 CCM/IT/000120. The Plan, part of the EU LIFE Programme, was launched to raise awareness among the scientific community, the suppliers of components and of all the players of the Retail world in the use of environment friendly systems and to demonstrate that it is possible to fully replace HCFC and HFC refrigerants with transcritical CO2  at any latitude and temperature, guaranteeing 10% energy saving in the refrigeration system (compared to traditional solutions), a significant reduction of consumption and lower installation and maintenance costs by up to 20%. At the heart of the initiative is the FTE Full Transcritical Efficiency patented by Epta, which will be installed within the three Italian pilot projects and the four replica prototypes in Romania and Spain, together with Epta Iberia and DAAS, Societies of the Group.

The challenge met by Epta in promoting sustainability is twofold. On one side, it consists of proposing innovative systems able to merge design, performance and reduced consumption to support Clients in adopting eco-friendly solutions and, on the other, of guaranteeing greater efficiency in its factories. Epta aims at the highest levels of excellence also within its production sites, as shown by their transformation into smart factories, by the installation of cogeneration and photovoltaic systems and by the introduction of technological improvements to protect the resources and reduce the carbon footprint. A constant commitment thanks to which Epta has achieved and exceeded the goals set in 2015, for -8% energy consumption/unit and 93% recycling of waste.

Adopting a responsible approach to create value: an orientation born in a natural manner and which has evolved over the years, becoming a common thread reflected in every sector of business life. The initiatives launched by Epta include the many worthy projects to enhance the talents and increase the knowledge of its resources. The EPTAcademy, developed with SDA Bocconi School of Management and which sees the participation of approximately 100 employees of the Group, has been joined by #24EptaTraining, the new learning route dedicated to all the collaborators of Epta Italy and the training cycle at ESTIA (École Supérieure des Technologies Industrielles Avancées) for the managers of Epta France, Iarp France and Epta Iberia. Finally, Epta supports the FabLab Belluno association, is a partner of the Refrigeration Technician Training Centre, the first school lab for refrigeration in Italy, and of Cantau-Epta School 4.0 in France, confirming its will to continue to invest in the new generations and in their abilities, to promote a shared culture and thereby encourage territorial development.