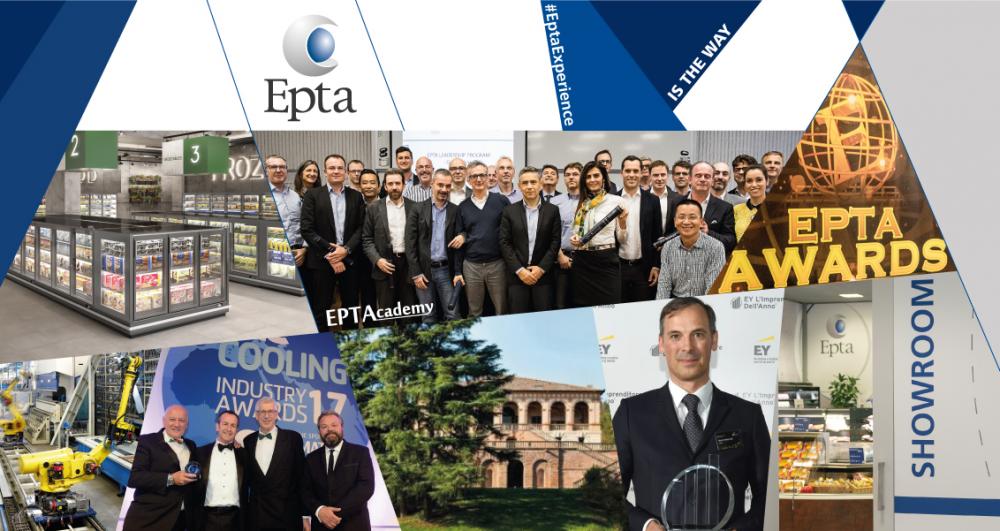 “Adopt a responsible approach for creating value: Epta’s growth goes hand in hand with its attention for people, the communities in which we operate and the environment, which demonstrates of our desire to be an international group, that also has a focus on the local dimension.” states Marco Nocivelli, Chairman and CEO of the  Epta Group “We have renewed our commitment this year and are proud to present our sixth Corporate Social Responsibility Report, that was validated at the end of June by the Institution TÜV Austria Cert GmbH.”

Continuing the path it had embarked on with the previous edition, the Group has presented a Report in accordance with the G4 Core Option standards and has further investigated the material aspects and identified the risks, opportunities and crucial elements for its business, thanks to a survey that also involved Customers and Suppliers. This process was essential to make the Corporate Social Responsibility Report increasingly accurate and reliable and to respond effectively to requests from the market, by examining the KPIs deemed most significant by  stakeholders. To ensure the highest level of accuracy, the survey covered most of production in the Group, including 8 production plants as well as the Headquarters in Milan.

The Group’s primary focus are its employees, the nurturing of talents, the improvement of the team spirit and its connection with local communities. This strategy is implemented on a daily basis and translates in to taking good care of the people who have written and continue to write Epta’s history. Guided by the concept “Think globally, act locally” Epta promotes high level training, both externally and internally, for example with the project EPTAcademy that was developed in cooperation with SDA Bocconi School of Management. Finally, this year the Group celebrated the 20th Anniversary of Epta Deutschland and the 90th Anniversary of Epta’s presence in the UK with staff and their families, successes which it considers to be “joint victories”.

The challenge taken up by Epta also consists in developing technological innovations combining aesthetics, performance and respect for the environment. Tangible examples of this approach include GranFit by the brand Costan and SkyEffect by Bonnet Névé: a complete range for fitting-out fresh and frozen food areas with a single family of products , to create infinite compositions with vertical, semi-vertical, open and closed cabinets and ensure a revolutionary presentation of all items and a minimal environmental impact. Epta’s numerous proposals also include the #EPTABricks, refrigerated lockers created to ensure 24h collection of products purchased online on retailers’ websites and designed to successfully respond to the growing success of e-commerce.

The Group’s sustainable approach is also confirmed by the use of low GWP natural refrigerants for its systems. Data show that the adoption of natural refrigerants instead of synthetic ones, generated a reduction of 34% of greenhouse gases, compared to 2016 values. Worthy of note is the FTE Full Transcritical Efficiency, a simple system that is available worldwide on an industrial scale and exceeds the current limits of transcritical technology, guaranteeing excellent performances even in climatic zones with high temperatures, with an average energy saving of 10% compared to traditional CO2 systems.

Even within the plants there is a strategy of constant improvement, in both environmental terms, with the reduction of the carbon footprint and the KOE (kg of Oil Equivalent)/product, and in the transformation of the plant in to a “factory of the future”, thanks to the adoption of Industry 4.0 and the implementation of cutting-edge machinery and robotized production lines.