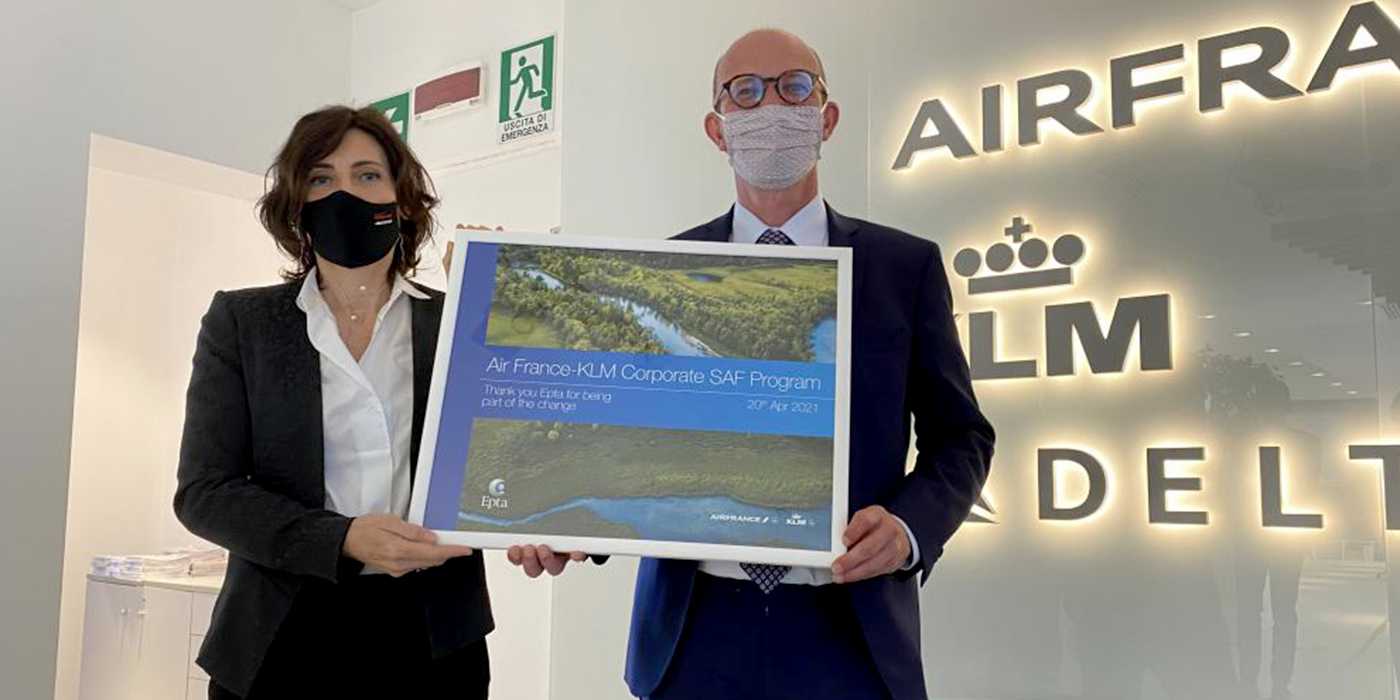 In the current climate in which Social Responsibility is increasingly at the heart of business strategy, Epta and Air France-KLM sign an agreement in favour of the development of biofuel for air transport. An agreement, among the first in Europe, with which Epta supports the Corporate Biofuel Program of the French-Dutch group.

The initiative involves the research and development of biofuel to reduce CO₂ emissions and promote an awareness-raising campaign aimed at all economic players towards the need for a green transition. The agreement falls within the SAF program (Sustainable Aviation Fuel) launched by Air France-KLM to propose to companies to carry out an active role in the future of sustainable travel.

Epta, after having estimated the CO₂ emissions associated to the travel of its employees, can determine the annual contribution it wishes to make to the project.

“The production of sustainable fuels for aviation is very important to achieve the goals of reducing CO₂ in our sector. Air France-KLM is not the only one to want to make their operations more sustainable and companies like Epta demonstrate this. Thanks to this agreement we will be able to achieve our goals much more quickly, stimulating the availability of fuel for sustainable aviation on a large scale making the price more competitive compared to fossil fuel” states Stefan Vanovermeir, General Manager of Air France-KLM East Mediterranean.

Mariaserena Nocivelli, Member of the Management Board of Epta, at the signing of the agreement, on 18 May declares: “We are proud to join the Corporate Biofuel Program of Air France-KLM. The initiative is perfectly in line with our responsible development plan. Sustainability and attention to the environment are key aspects of Gruppo Epta’s strategy, which are expressed in every aspect of business life:

from the commitment to developing low impact products realised according to the principles of the Circular Economy, to investments to make our plants “green factories”, to the promotion of virtuous initiatives, such as the partnership with Air France-KLM. We hope that the enthusiasm we have shown for this initiative is contagious: the future of our planet depends on the ability of businesses to work together and pursue the UN Sustainable Development Goals, for a sustainability that is economic, social and environmental”.